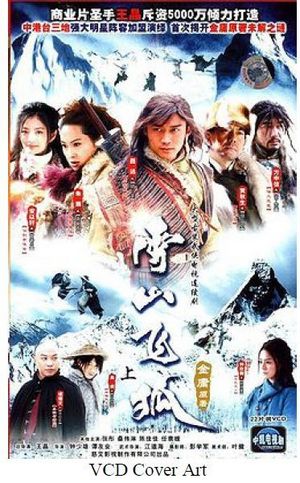 Beijing Ciwen Film and Television Production Co., Ltd. is the owner of a Chinese copyright registration for forty episodes of the Chinese language television series, whose title translates to “Fox Volant of the Snowy Mountain,” which was created and filmed in China. When filing a copyright infringement lawsuit in the U.S., a U.S. copyright registration is a prerequisite for works created in the U.S. But when the U.S. joined the Berne Convention on March 1, 1989, the Copyright Act was revised to allow the copyright owner in any foreign work of a country that is also a signatory to the Berne Convention to file suit in a United States District Court without proof of a U.S. copyright registration. Cambridge Univ. Press v. Becker, 863 F. Supp. 2d 1190, 1245 (N.D. Ga. 2012).

Beijing Ciwen alleges that it signed a Copyright Sale Agreement with Bright Media granting it licenses and exclusive rights to the series in territories outside of China for a five-year term, without the right of renewal. The complaint states that Bright Media then entered into an exclusive copyright license agreement with Woodward Management for a non-renewable five-year term for the U.S. and Canadian territories. Beijing Ciwen contends that after the license expired on January 19, 2012, That Woodward Dynasty’s affiliated companies, Defendant U2 Entertainment and Tai Sang Entertainment, entered into a copyright licensing agreement with Dynasty Group to improperly distribute and telecast episodes one through forty of the series. Beijing Ciwen allegedly sent a cease-and-desist letter to defendants that the telecast of the series was without license or authorization and constituted copyright infringement. But to date, defendants have refused to cease broadcasts of the series. The copyright infringement lawsuit seeks unspecified damages against the defendants and an award of Plaintiff’s reasonable attorneys’ fees and costs of the litigation pursuant to 17 U.S.C. § 505.