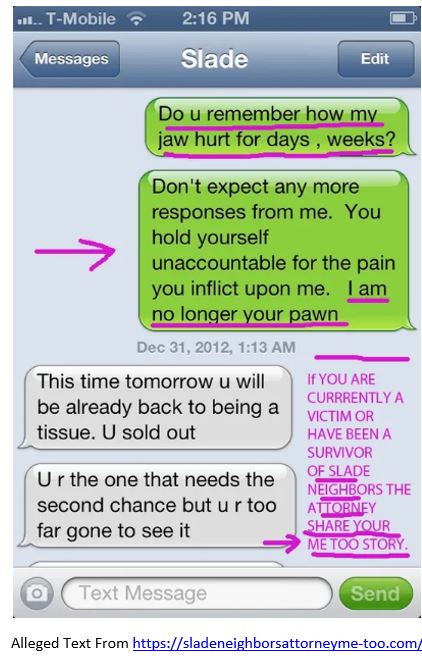 In addition, it appears that she would have a fair use defense to the copyright infringement claims.  There is no bright-line rule for applying the fair use defense and each case needs to be evaluated by the court on the individual facts.  Section 107 of the Copyright Act provides the following factors to consider in determining if the use in a case qualifies as non-infringing fair use:

(1)  the purpose and character of the use, including whether such use is of a commercial nature or is for nonprofit educational purposes;

(2) the nature of the copyrighted work;

(3) the amount and substantiality of the portion used in relation to the copyrighted work as a whole; and

(4) the effect of the use upon the potential market for or value of the copyrighted work.

The fact that a work is unpublished shall not itself bar a finding of fair use if such finding is made upon consideration of all the above factors.

The purpose and character of the use evaluates whether the work was used in a transformative way, e.g. to add something new or a further purpose like criticism, news reporting, or commentary.  A common misunderstanding is that any for-profit use cannot qualify for fair use.  But a newspaper is a for profit endeavor and its reporting does not contravene the fair use defense.  In weighing the nature of the work, courts examine whether the work is factual or creative and fictional and if the work is published or unpublished.  Using a greater portion of a factual work is allowed, while creative and fictional works enjoy a broader level of protection and the use of the work must be more narrowly tailored.  The third element is not clearly defined and there is no definite guide as to the amount and substantiality of the portion of the work that may be used to still qualify under the fair use defense.  In some instances, the entirety of the work may be copied and qualify for fair use if it is necessary for commentary or criticism.  If a work is unpublished, it is presumed that more minimal portions should be used.  The final factor is one of the more important factors in the court’s evaluation and looks to the effect that the use will have on the potential market and value of the work.  Where, as in this case, the work is comprised of simple text messages and emails between two parties, it would be extremely difficult for plaintiff to demonstrate a potential market for the content and that defendant’s posting of the text messages and emails has diminished the value of the work.

In Online Policy Grp. v. Diebold, Inc., 337 F. Supp. 2d 1195 (N.D. Cal. 2004), the defendant manufactured electronic voting machines and two college students and a website leaked Diebold’s unpublished internal emails acknowledging reliability issues and problems with its voting machines.  Diebold then sent DMCA takedown notices to websites that hosted the emails and information claiming copyright infringement.  OPG and the students sued Diebold for declaratory relief of non-infringement.  The court held in favor of the plaintiffs: “No reasonable copyright holder could have believed that the portions of the email archive discussing possible technical problems with Diebold’s voting machines were protected by copyright, and there is no genuine issue of fact that Diebold knew—and indeed that it specifically intended—that its letters to OPG and Swarthmore would result in prevention of publication of that content.”  Id. at 1204.

Update: Professor Eric Goldman pointed me to his and Professor Jessica Silbey’s “Copyright’s Memory Hole” article that discusses weaponizing copyright laws to suppress speech in instances where privacy law tools prove ineffective.  They proffer that allowing use of copyright law in a speech suppressing manner contradicts the tenets of copyright law to benefit society by increasing knowledge and incentivizing authorship through limited monopolies.  They propose redressing the limitations of privacy laws to avoid the unintended consequences of overreaching applications of copyright law.