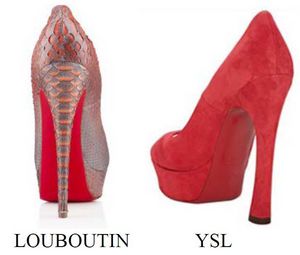 The Court of Appeals for the Second Circuit concluded that the district court incorrectly held that a single color can never serve as a trademark in the fashion industry. The Court, however, proceeded to then modify CL’s trademark registration for any shoe with a red sole to only apply with red, lacquered outsole with a contrasting upper of the shoe. In other words, the trademark excludes any red shoe with a red sole.

YSL claimed this was not the first time it had designed monochrome footwear with red soles, which it created in the 1970’s prior to CL’s 1992 adoption of the red sole trademark. Thus, YSL filed counterclaims seeking cancellation of CL’s trademark registration because it was ornamental and functional and sought monetary damages for CL’s interference with YSL’s business relations and for unfair competition because many retailers returned YSL’s shoes after receiving CL’s cease and desist letters.

On appeal, Louboutin argues that the District Court erred in (1) holding, based on the doctrine of “aesthetic functionality,” that the Red Sole Mark was not entitled to legal protection; (2) applying the doctrine of aesthetic functionality to hold that a single color on a fashion item could not act as a trademark; (3) failing to give weight to the statutory presumption of validity deriving from the Red Sole Mark’s registration; (4) applying an improper analysis of trademark infringement and dilution; (5) ignoring allegedly undisputed proof of likelihood of confusion and irreparable harm; and (6) announcing a per se rule of functionality in a manner that violated Federal Rule of Civil Procedure 52.

Next, the Court addressed the functionality defense, which has two forms “utilitarian” and “aesthetic”. Utilitarian functionality can be shown if the feature is “essential to the use or purpose of the article” or if it “affects the cost or quality of the article.” Aesthetic functionality is established by demonstrating that providing the markholder the right to use the feature exclusively would put competitors at a significant non-reputation-related disadvantage. The Court held nothing in the fashion world allowed the lower court’s creation of a per se rule that a single color cannot serve as a trademark in that field.

Then, the Court turned to the red sole trademark and found that secondary meaning had been established, which is required to show that a single color has become distinctive, and the red sole was a protectable trademark. “We hold that the lacquered red outsole, as applied to a shoe with an ‘upper’ of a different color, has ‘come to identify and distinguish’ the Louboutin brand, Qualitex, 514 U.S. at 163, and is therefore a distinctive symbol that qualifies for trademark protection.” The Court, however, also found that CL had not established secondary meaning in the red sole as applied to a red shoe and, under 15 U.S.C. § 1119, ordered the USPTO to limit the registration to exclude monochromatic red shoes.

The Court affirmed the denial of the preliminary injunction because YSL’s use of a red sole on a red shoe is not a trademark use and not confusingly similar to CL’s mark. The Court, however, punted on whether the red sole mark as modified was functional and remanded the case for further proceedings on YSL’s counterclaims.