Los Angeles, CA – Akar Studios is an architecture and interior design firm contracted by Defendant Foreign Exchange to develop a general design scheme, architectural designs and construction drawings for three of its clothing stores. Pursuant to a written agreement, Akar allegedly retained ownership of all copyrights in the works. Indeed, Akar states that “Foreign Exchange made no attempt, in the course of the negotiation of the contract, to secure rights to use Akar’s copyrighted works in connection with any other store.” 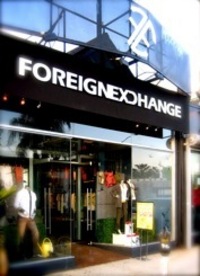 After the initial three stores were built, Akar alleges that Defendant requested and was provided with proposals by Akar for the design of two additional stores. But the proposals were not accepted. After receiving the proposals, however, Akar asserts that Defendant provided Akar’s copyrighted architectural drawings to other architectural firms, Shubin+Donaldson Architects and Lee+Kim Design, to modify the designs and prepare derivative works for the two additional stores. In addition, Akar alleges that Defendants “affixed their logos and/or stamps to Akar’s Architectural Works and Technical Drawings, passing such documents as their own work, despite knowledge that such documents were prepared by Akar.”

Akar further alleges that after the work had been copied, Foreign Exchange’s representative had Akar execute a “Lien Release” in exchange for final payment. But buried in the release – unbeknownst to Akar – was a transfer of intellectual property rights. In addition to the copyright infringement and Lanham Act claims, Akar asserts breach of contract, fraud, rescission, and §17200 unfair competition claims. The case is Akar, Inc. v. Foreign Exchange, Inc., et al., CV 09-4940 GAF (C.D. Cal. 2009).

PRACTICE NOTE: When Lanham Act claims are asserted in a copyright case, the issue of preemption under Dastar must be evaluated. Dastar Corp. v. Twentieth Century Fox Film Corp., 539 U.S. 23 (2003). In Dastar, the Supreme Court explained that claims about the misdesignation of the authorship of such copyrighted works did not fall within the purview of the Lanham Act – precisely because this sort of claim falls within the purview of copyright law. In architectural copyright cases, Courts addressing the issue have held that Dastar applies with equal force to architectural works. See Moser Pilon Nelson Architects, LLC v. HTNB Corporation, 2006 U.S. Dist. LEXIS 58334 (D. Conn. Aug. 8, 2006) (holding that Lanham Act claim in copied architectural works was preempted by copyright law). The Moser Court, however, distinguished its facts from Johnson v. Jones, 149 F.3d 494 (6th Cir. 1998), wherein the defendant physically “took the [original] drawings and site plan that he had obtained from the city inspector, removed [plaintiff architect’s] name and seal, and replaced them with his own name and seal.” In Johnson, the Lanham Act claims were not preempted. However, in Francois v. Jack Ruch Quality Homes, Inc., 2006 U.S. Dist. LEXIS 57062 (C.D. Ill. Aug. 14, 2006), a case with facts similar to Johnson’s, the Court held that the Lanham Act claims were preempted and questioned the applicability and viability of Johnson, a case which preceded the Supreme Court’s Dastar ruling.