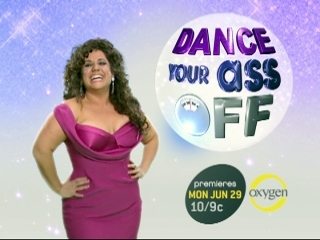 Los Angeles, CA – Writers Jonas Larsen and Anthony Ross are suing Lisa Ann Walter and NBC Universal over the “Dance Your Ass Off” television show. Plaintiffs claim their agents introduced them to Walter, who was the third lead in the movie “Shall We Dance,” to develop a reality television series around Walter. Plaintiffs assert that they are experienced in developing reality shows, having been involved in programs such as America’s Next Top Model, MTV’s Fear, Temptation Island-International, and I Can’t Believe You Said That!

After meeting with Walter in 2005, Plaintiffs assert that they promptly created and pitched the concept of a reality television series where contestants would dance to lose weight and suggested the name “Dance Your Ass Off”. Plaintiffs assert that they created the series format and wrote the treatment and had pitch meetings with Bravo, Oxygen, VH1, Fox, and E!, with E! showing the most interest. The E! executive assigned to the project left her post, effectively extinguishing the possibility of E! ordering the series.

In December of 2008, Plaintiffs discovered that Oxygen Network had developed a show called “Dance Your Ass Off”, with Walter associated with the project. Plaintiffs allege that they attempted to resolve the dispute with Walter and NBC, but Defendants denied that Plaintiffs were the creators of the series. As a result, the instant copyright infringement and breach of contract case was filed. The case is Larsen, et al. v. Walter, et al. CV10-9325 GAF (C.D. Cal. 2010).