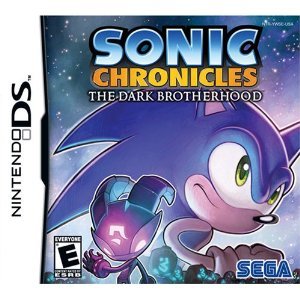 Los Angeles, CA – This “Sonic The Hedgehog” video game copyright infringement claim appears to arise from an independent contractor’s contributions that were not properly acquired by or assigned to Sega. If you don’t have a written agreement with an independent contractor, for example your website designer, the independent contractor owns the copyrights, not you. Comic book artist, writer and designer Kenneth Penders was an independent contractor for Sega’s licensee Archie Comic Publications from 1993 until 2005. Penders claims that he “was given the reins of a nascent fictional universe and dramatically expanded it, creating new, vibrant, and fully developed characters, settings, stories and themes that continue to run throughout the Sonic the Hedgehog comic book series and spin-offs.” Even though he produced the work, Penders alleges that Archie did not pay him for several projects that he submitted for Sonic The Hedgehog, even after Archie gave Penders approval for further development of the Works.

Penders claims that he owns the copyright in the works that “include the substantial and fleshed out characters he created, including their physical traits, personality traits and back stories,” in addition to the dialogue, plots, themes, and settings. When Penders filed to register the copyrights, the U.S. Copyright Office “sent Sega written notice on April 21, 2010 of Penders’ filings for his [Sonic the Hedgehog] registrations” stating that the copyrights would not register if Sega objected within 30 days, which it allegedly failed to do.

Penders accuses the 2008 “Sonic Chronicles: The Dark Brotherhood” video game of infringing several of his purported copyrights. The complaint states that “reviewers and players have stated their belief that the Infringing Game was adapted from or heavily influenced by the Archie comic book series, including the Works and other creative works that Penders developed and produced.” In addition to the copyright infringement claims, Penders asserts a cause of action for unfair competition under California law, which is preempted by the Copyright Act. Xerox Corp. v. Apple Computer, Inc., 734 F.Supp. 1542, 1550-51 (N.D.Cal.1990). He is seeking unspecified monetary damages and a permanent injunction.