Los Angeles, CA – Copyright and trademark infringement lawsuit was filed at the Federal District Court in Los Angeles to prevent sales of allegedly unauthorized sales of Betty Boop merchandise by numerous defendants. Plaintiff Fleischer Studios, Inc. is owned by the heirs of Max Fleischer, the creator of famous cartoon characters – including the well-known fictional Betty Boop character. Plaintiff Hearst Holdings, Inc., through its King Features Syndicate Division, produces and distributes cartoon features and characters in the merchandising business. In 1986, Fleischer entered into an agreement with King Features granting it the exclusive rights to reproduce, distribute and/or license the Betty Boop character in the United States and throughout the world. 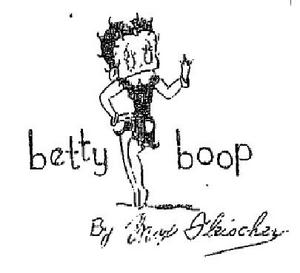 Betty Boop first appeared in a “talkartoon” in 1930 titled “Dizzy Dishes” – she is very spry for being almost 80 years old – when the character was known as Betty. A year later, she became known as Betty Boop in the talkartoon titled “Minding the Baby,” which drawings of the character and cartoons – including several others – are all subjects of several U.S. Copyright Registrations. In addition, the character and name are subject to trademark protection and the U.S. Patent & Trademark Office has granted four federal trademark registrations for the Betty Boop word mark on a wide array of merchandise.

Plaintiffs allege that the numerous named defendants – that do not appear to be related in any way – have been selling and distributing merchandise bearing unauthorized depictions of the Betty Boop character and name. The complaint alleges that the infringement is “carried out with Defendants’ full knowledge that such elements are protected by copyright. In doing the acts complained of herein, the Defendants have willfully and intentionally infringed Plaintiffs’ copyrights” and trademark rights. The case is titled Hearst Holdings, Inc. v. Roger Lalwani, et al., CV08-06932 FMC (C.D. Cal. 2008).