Los Angeles, CA – Trademark attorneys for Asics filed a trademark infringement, trademark dilution and Lanham Act 43(a) unfair competition lawsuit against Dolce & Gabbana at the Los Angeles Federal District Court. Asics has registered numerous trademarks with the U.S. Patent & Trademark Office for its stripe design having two relatively parallel vertical stripes intersected by two curving stripes connected at one end. Asics has used the stripe design trademark on shoes and apparel – for over forty years – since 1966. 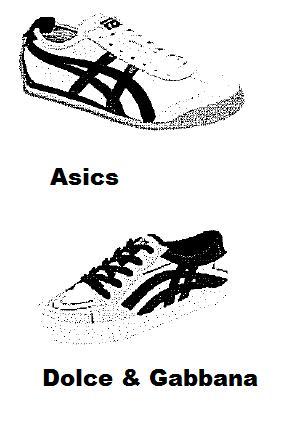 Asics also asserts that it has widely advertised and promoted its products with the stripe design trademark through numerous and diverse advertising media, including print, television and the Internet. Asics’ print advertising is alleged to have the following “look for” advertising: “The stripe design featured on the sides of ASICS shoes is a trademark of ASICS Corporation and is a registered trademark in most countries of the world.”