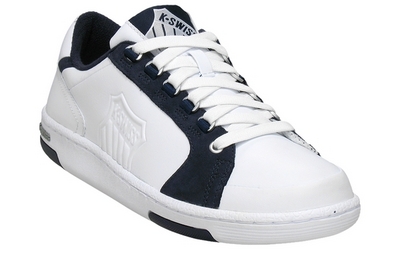 Los Angeles, CA – K-Swiss won the race to the courthouse – by two business days – and filed a trademark declaratory judgment lawsuit against Puma. (Details here.) K-Swiss wanted a ruling that its Dolton shoe design did not infringe Puma’s “Formstrip Trademarks,” which run along the side of the shoe. Two business days after K-Swiss’ filing, Puma filed its own trademark infringement lawsuit in the District of Massachusetts and filed a motion to dismiss, transfer, or stay the Los Angeles action.

The Los Angeles District Court declined to exercise jurisdiction over the matter (order available here) even though under the “first to file” rule, K-Swiss’ action preceded Puma’s MA lawsuit: “the rule is a flexible one and the Court may, in its discretion, rely on equitable grounds, such as ‘when the filing of the first suit evidences bad faith, anticipatory suit, or forum shopping,’ to determine whether to depart from the first to file rule.” Xoxide, Inc. v. Ford Motor Co., 448 F. Supp. 2d 1188, 1192 (C.D. Cal. 2006). The Court deemed K-Swiss’ action to be anticipatory in nature and “when, as here, a declaratory judgment action has been triggered by a cease and desist letter, equity militates in favor of allowing the second-filed action brought by the true plaintiff in the dispute to proceed to judgment rather than the first. See Factors Etc., Inc. v. Pro Arts, Inc., 579 F.2d 215, 219 (2d Cir. 1978). Thus, K-Swiss will now be forced to file its causes of action as counterclaims in the District of Massachusetts. The case is K-Swiss, Inc. v. Puma AG Rudolf Dassler Sport, CV09-03022 GAF (C.D. Cal. 2009).