Los Angeles, CA – A patent infringement lawsuit was filed by Neurographix, an exclusive licensee of the patent at issue, in the Federal District Court in Los Angeles, accusing Pasadena based Oak Tree Medical Corporation of infringing on the licensed patent. The University of Washington is the owner by assignment of the invention covered by U.S. Patent No. 5,560,360, entitled “Image Neurography and Diffusion Anisotropy Imaging.” Pursuant to a first licensing agreement, the University of Washington granted an exclusive license to the ‘360 patent to the Washington Research Foundation. The foundation, in turn, granted an exclusive license to the ‘360 patent to Neurografix. 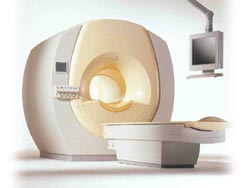