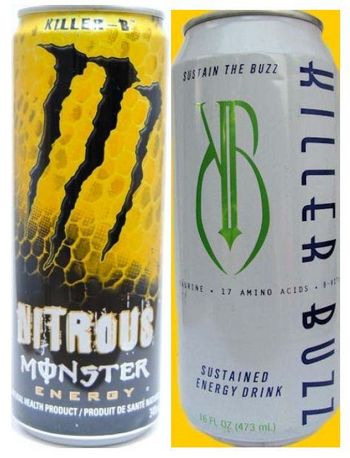 Los Angeles, CA – In a buzz worthy turn of events, Hansen Beverage Company filed a declaratory judgment action against PBEV, seeking a ruling that its use of the term “buzz” and “Killer-B” on its Monster Energy® drinks does not infringe PBEV’s “Killer Buzz” trademark.

Hansen alleges that in July 2009, it launched a new line of soft drinks under the mark Nitrous Monster Energy, where one product bears the mark Killer-B as a flavor designation. A year later, Hansen received a cease-and-desist letter alleging trademark infringement. Hansen’s complaint maintains that its Killer-B mark is not confusingly similar to the Killer Buzz mark, including the dissimilarity in packaging on which the marks appear. The case is Hansen Beverage Company v. PBEV, LLC, CV10-07594 CAS (C.D. Cal. 2010).