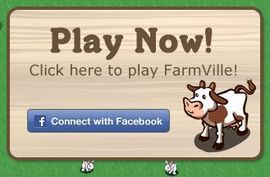 Los Angeles, CA – Zynga Game Network is a social gaming company and provides numerous games, such as Zynga Poker, Mafia Wars, FarmVille, YoVille, Cafe World and Word Twist, that are available on Facebook, MySpace, Friendster, iPhone and iPod Touch, among others. Zynga has several pending USPTO trademark applications for its Mafia Wars, Farmville and Yoville trademarks and several copyright registrations for the games as well. Zynga asserts that its games have been a runaway success, with an increase from 1.3 million daily users in July of 2008 to 9.5 million daily users in May of 2009.

In the lawsuit, Zynga accuses Defendant of allowing users to post and sell virtual currency or virtual goods to be used in Znyga’s games on its playerauctions.com website. Zynga claims that in addition to using Zynga’s trademarks without authorization, Defendant profits from the sale of virtual currency and goods by selling them for real-world money in violation of the “Terms of Service” agreement. Further, Defendant is accused of using images of Zynga’s games without authorization, which use infringes its copyrights. The case is Zynga Game Network, Inc. v. Playerauctions.com, CV10-2576 CBM (C.D. Cal. 2010).