Los Angeles, CA – Trademark attorneys for American Automobile Association (“AAA”) filed a trademark infringement and Lanham Act § 43(a) unfair competition (15 U.S.C. § 1125) complaint at the Federal District Court in Los Angeles over an automobile garage’s use of the name “AAA Smogz.” The complaint provides a summary of AAA’s use of the AAA trademark with respect to numerous services, including but not limited to conducting motor vehicle tests. Plaintiff has numerous AAA trademark registrations with the U.S. Patent & Trademark Office, which have become incontestable as a result of being registered for over five years. 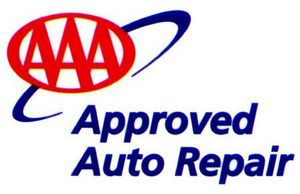 The complaint alleges that defendants are in the business of automobile smog testing services using a confusingly similar AAA mark. Plaintiff alleges that in September of 2007 it asked defendant to discontinue using the AAA mark and defendants agreed to do so within six months. On March 6, 2008, after defendants allegedly failed to discontinue their use of the AAA mark, Plaintiff sent another cease and desist letter, to which defendant did not respond. On March 21, 2008, Plaintiff sent another cease and desist letter which was returned as undeliverable. Plaintiff alleges that its investigators have indicated that defendants continue to use the AAA trademark in the same business location to which the letter was sent, thus necessitating the lawsuit. The case is titled American Automobile Association, Inc. v. Jorge A. Mendoza, et al., CV 08-05441 GHK (C.D. Cal. 2008).