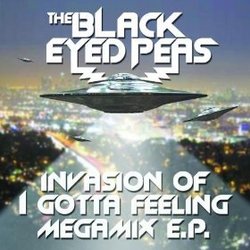 Songwriter Bryan Pringle sued the Black Eyed Peas and others, including David Guetta, for copyright infringement asserting that their “I Gotta Feeling” song copied elements of his “Take a Dive” song, which he copyrighted in 1998. Click here for details of the initial complaint and an audio comparison of the two songs. The Court granted Defendants’ summary judgment motion finding that the song does not infringe Pringle’s copyright, which it found to be invalid, and dismissed Pringle’s claim as a sanction for his willful destruction of evidence, namely the hard drive that Defendants could’ve used to prove his backdating of the creation date of “Take a Dive” dance version.

Pringle claimed that he created the dance version with the eight-bar guitar twang sequence in 1999 and backed up his creation file onto an NRG image file, which is a disc image file that contains a series of separate sound files for each individual instrument in the song. He then claimed that the music equipment and hard drives he used to create the dance version were stolen in 2000. Before the lawsuit was filed, defense counsel sent detailed correspondence to Pringle’s counsel expressing concern about his alleged creation dates of two CDs with the two versions of his song and communicated Pringle’s duty to preserve all evidence, including his computer records to allow investigation of altered dates of creation. Pringle’s counsel agreed and advised that he was preserving evidence.

Pringle then filed a copyright application for the dance version, seeking registration for the sound recording and the musical composition of the guitar twang sequence, which was the only new material added to the original version. In December of 2010, Pringle delivered to his expert a CD-Rom with the NRG files, but in January of 2011 Pringle got rid of the hard drive, copying only “relevant files” but not making a backup copy of the entire hard drive. When asked to produce all hard drives used in 2009, ’10, and ’11, Pringle did not produce any, although he had copied data from a 2011 hard drive for his expert.

The Court found that “I Gotta Feeling” does not infringe the original version of “Take a Dive” because Pringle could not establish access and because the two songs are not substantially similar. Nor did “I Gotta Feeling” infringe the dance version because that copyright is invalid because Pringle failed to comply with the deposit requirement. In order to obtain a copyright registration, the applicant must provide a copy of the work along with the application. The Copyright Act, however, does not consider a reconstruction of the work as a proper copy, i.e. the copy must be produced by referring to the original work and not by recreating the work anew. Seiler v. Lucasfilm, Ltd., 808 F.2d 1316 (9th Cir. 1986). In this case, Pringle’s MP3 of the dance version was not created in 1999 or copied directly from a file created in 1999. Rather, it was created later using the separate sound files for each individual instrument contained on the NRG file; thereby, the copyright registration was not properly obtained. Kodadek v. MTV Networks, Inc., 152 F.3d 1209 (9th Cir. 1998).

The Court also dismissed Pringle’s case because of his willful destruction of relevant evidence. The Court found that Pringle was fully aware of his duty to preserve evidence because of the allegations of back-dating and Defendants’ suggestion to his counsel to copy the hard drives before Pringle is confronted with the allegation of backdating. Pringle was also aware of this duty because he backed up “relevant files” before disposing of all the hard drives. The information on the hard drives was relevant and Pringle’s spoliation of the hard drives prejudiced defendants’ ability to mount a defense and obtain an earlier dismissal of the case.

Even worse for Pringle, Defendants have filed a motion for sanctions against him and his attorney for their improper conduct.