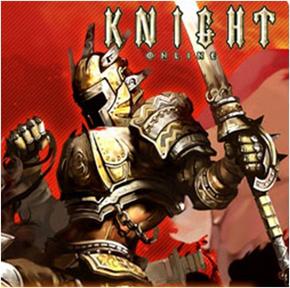 K2 network sued Mgame in state court for breach of contract and fraud because K2 claimed overpayment of royalties in its distribution of the Knight Online 3D video game. Mgame then sued K2 in Federal Court seeking a temporary restraining order and a preliminary injunction for copyright infringement and violation of the Computer Fraud and Abuse Act. The Court denied the TRO and preliminary injunction because Mgame’s complaint did not have a claim that conferred the Federal Court jurisdiction. Click here for details.

Mgame has now filed a new complaint alleging copyright infringement, trademark infringement, and violation of the Computer Fraud & Abuse Act. Once again, Mgame requested that the Court issue a Temporary Restraining Order and Preliminary Injunction against K2 pending submission of the dispute to arbitration, as provided in the parties’ contracts.

The Court has once again denied Mgame’s application for a temporary restraining order because Mgame’s own conduct does not establish its entitlement to emergency relief:

Although Plaintiff implies that emergency relief is not available from the arbitral tribunal because of the length of time required to constitute the tribunal, Plaintiff has not yet initiated arbitration. Instead, Plaintiff merely states that it intends to initiate arbitration. Therefore, at least part of the reason that recourse to the arbitral tribunal is unavailable is that Plaintiff has failed to initiate arbitration. Furthermore, Plaintiff has been aware of a dispute with Defendant since at least the beginning of February, first responding with self-help, then terminating the agreement with Defendant on February 23, 2012. Only now, a month later, has Plaintiff sought a temporary restraining order. The Court concludes that this does not amount to an emergency requiring ex parte relief. Accordingly, Plaintiff’s request for a temporary restraining order is DENIED.

The Court did, however, provide Mgame with a glimmer of hope by issuing an order that K2 appear on April 30, 2012 and show cause why a preliminary injunction should not issue enjoining k2 from “either directly or indirectly, from continuing to operate, promote, publish, produce, distribute and service the Game; ordering Defendant to immediately transfer the Game Servers and Billing and User Databases to Plaintiff, including up-to-date billing and user data; ordering Defendant to provide Plaintiff with up-to-date sales information; and ordering Defendant to take any further steps necessary to transfer control of the Game to Plaintiff without disruption in its availability and continuity.”