Los Angeles, CA – Jim Brown, one of the greatest football players of all time, sued Electronic Arts (“EA”) over use of his likeness in the popular “Madden NFL” videogames. Details blogged here. Brown asserted a cause of action for unfair competition under Section 43(a) of the Lanham Act, 15 U.S.C. § 1125(a), under a theory of false endorsement. He also asserted California common law and Cal. Civ. Code §3344 invasion of privacy claims, in addition to a Cal. Bus. & Prof. Code 17200 unfair competition claim. EA filed a Motion to Dismiss all counts and a concurrent Motion to Strike the three non-federal causes of action. Court’s order available here. 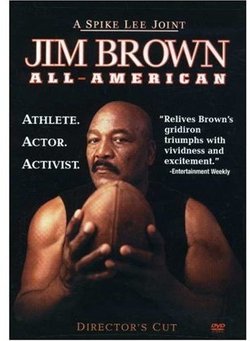 EA maintained that it did not use Jim Brown’s celebrity persona or likeness in the “Madden NFL” game, but also argued that the First Amendment provides a complete defense to the alleged Lanham Act violation. The Court, citing E.S.S. Entm’t 2000, Inc. v. Rock Star Videos, Inc., 547 F.3d 1095, 1101 (9th Cir. 2008), agreed that the First Amendment does indeed provide a complete defense to a Lanham Act false endorsement claim. Video games have been found to be a form of expression protected by the First Amendment; thus, the Court used the Rogers’ two prong test to determine if the Lanham Act claim was precluded. Rogers v. Grimaldi, 875 F.2d 994 (2nd Cir. 1989).

“The first prong requires that the defendant’s use of plaintiff’s trademark be relevant to the underlying work: ‘the level of relevance must merely be above zero.’ . . . If the first prong is satisfied, the Lanham Act claim is still precluded unless the use explicitly misleads consumers about the source or content of the work.” The Court found that the first prong was met because the games are about NFL football and use of a legendary NFL player’s likeness in a game about NFL football is clearly relevant. The second prong also favored EA because use of Brown’s likeness would not explicitly mislead consumers “into thinking that Brown is somehow behind the game or sponsors the product.” The Court based its analysis on the fact that the video game character doesn’t have Brown’s name on the jersey, nor is Brown’s name or character depicted on the games’ packaging or advertising.

As a result, the Court dismissed the Lanham Act claim. “Assuming that all material factual allegations in the Amended Complaint are true, and viewing them in the light most favorable to Brown, EA’s use of Brown’s likeness could not constitute an explicit attempt to signify that Brown endorsed the games. Thus, even if the games do use Brown’s likeness, that use is protected by the First Amendment.” Because the court dismissed the sole Federal cause of action with prejudice, it declined to exercise jurisdiction over the state causes of action and dismissed them without prejudice. The case is James “Jim” Brown v. Electronic Arts, Inc., CV 09-1598 MMM (C.D. Cal. 2009).