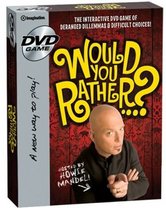 Los Angeles, CA – Zobmondo filed a Lanham Act § 43(a) false advertising lawsuit over the phrase “Justin and Dave’s Original Would You Rather…? Board Game.” Zobmondo asserted that the term “original” falsely connoted that Defendant’s product was first in time. Details here.

Defendant Imagination filed a motion to dismiss arguing that Plaintiff was asserting a false designation of authorship claim (i.e. who was the first to come up with the idea for the game) precluded by Dastar Corp. v. Twentieth Century Fox Film Corp., 539 US 23 (2003). In Dastar, the Supreme Court stated that “reading the phrase ‘origin of goods’ in the Lanham Act in accordance with the Act’s common-law foundations (which were not designed to protect originality or creativity), and in light of the copyright and patent laws (which were), we conclude that the phrase refers to the producer of the tangible goods that are offered for sale, and not to the author of any idea, concept, or communication embodied in those goods.” Dastar, 539 U.S. at 37 (italics in original).

The district court disagreed (order available here) and found that Dastar was inapplicable because the complaint focuses on who was the first to manufacture a “would you rather” board game, not the first to come up with the idea for the game:

Here, there is no conflation with copyright (or patent) law inherent in Zobmondo’s claim. The issue for determination is whether Imagination’s title inappropriately conveys that the game is the first “would you rather” board game. This relies, in part, on determining the alleged falsity of the premise, i.e., that Imagination’s game is not the first “would you rather” board game. Making this determination requires no examination as to who came up with the idea for the board game, or who may have any copyrights in the game. The only question is who physically manufactured the first such board game.

As Rebecca Tushnet will probably agree, the court properly construed Dastar. The case will ultimately turn on whether the term “original,” taken in context, means first in time – instead of “original” meaning the same game that was originally produced by Justin and Dave. The case is Zobmondo Entertainment, LLC v. Imagination International Corporation, CV 09-2235 ODW (C.D. Cal. 2009).