Michael Jackson undeniably lived a troubled life, but he was also a music icon that left his mark on popular culture through his dance moves and videos. People often incorrectly credit him with inventing the moonwalk. Although he made it famous, he copied the move from other break-dancers. Michael Jackson, however, did invent a dance move for which he was awarded U.S. Patent No. 5,255,452, thereby also contributing to intellectual property culture. In his “Smooth Criminal” video, MJ and his backup dancers lean forward in a gravity-defying manner to an impossible angle. 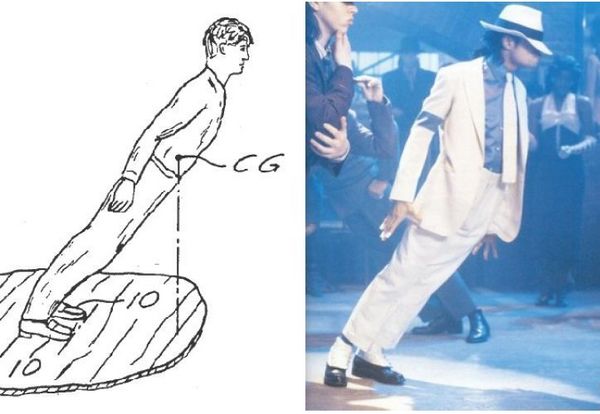 By filing a patent application for the “Method and Means for Creating Anti-Gravity Illusion,” Michael Jackson let the cat out of the bag. The heel of the shoe is designed to detachably engage a hitch that retractably projects through the stage floor. By anchoring the heel to the floor, the dancer can lean forward and the illusion of defying gravity is achieved. His untimely death has subjected Michael Jackson’s personal choices to debate, but his dedication to creating and protecting his art is unquestionable.

Here’s video of MJ live in concert using the patented shoes to perform the lean and one of the backup dancer’s shoe getting stuck: