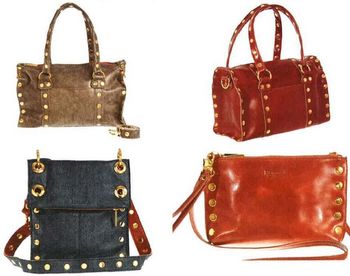 Several purse trade dress infringement lawsuits have been filed in Los Angeles over the last couple of years (see Linea Pelle lawsuit, Marc Jacobs lawsuit, and Givenchy lawsuit) as designers try to protect their handbag designs from being copied. With a little bit of careful planning and foresight, designers can avoid having to provide constrained definitions for the non-functional and protectable features of their designs, in addition to proving consumer’s recognition of the trade dress as an indicator of source, i.e., capable of distinguishing one company’s product from another’s. Although the purse’s structural design is not entitled to copyright protection, designers may obtain design patents to protect the aesthetic design features of their purses.

Hammitt appears to have no design patent protection and is attempting to assert an ambiguous trade dress infringement and unfair competition claim against TJ Maxx, designer Patricia Nash and her company Me & You Accessories, Inc. Judging from the absence of some crucial information from the complaint, including a picture of the accused infringing purse, the length of time the purported trade dress has been used, sales volume, etc., the complaint appears ripe for a motion to dismiss. Indeed, the definition of the trade dress itself appears to be overbroad and ambiguous:

HAMMIT® products are easily identified by its unique silhouettes and use of hardware, one of the most well recognized of which features Hammitt’s signature rivets, which appear in linear patterns along the sides, trimmings, and/or handles of the product (hereinafter “Signature Rivet Trade Dress”). The rivets of Hammitt’s Signature Rivet Trade Dress are the same size and each rivet is separated with the same amount of space on all goods with which said trade dress is utilized.

The complaint includes the pictures of the bags to the right, but it does nothing to narrow the definition, which definition is broad enough to encompass the Harley Davidson motorcycle bag from the 90’s pictured below:

In trade dress cases, the defined trade dress may be generic if the “definition of a product design is overbroad or too generalized.” Jeffrey Milstein, Inc. v. Greger, Lawlor, Roth, Inc., 58 F.3d 27, 32 (2d Cir. 1995). Because the California Secretary Of State business records establish the Hammit corporation was not formed until 2008, another company’s first use of the alleged trade dress or wide spread use of the trade dress by third parties will either preclude exclusive trade dress rights in the rivet design or enforcement thereof. Further, the complaint’s assertion that only “elements” of the purported trade dress are nonfunctional may prevent enforcement of the trade dress.

Thus it appears that Hammitt is going to have a tough hill to climb to prove ownership of an enforceable trade dress and infringement. Another obstacle on the hill may be consumer’s annoyance with Hammitt’s cleverly worded representations that lead consumers to believe its products are manufactured in Los Angeles instead of China.