Santa Ana, CA – Trademark attorneys for clothing/apparel manufacturer Louis Vuitton filed a trademark infringement, Lanham Act § 43(a) unfair competition (15 U.S.C. § 1125), and trademark counterfeiting complaint at the Federal District Court for the Central District of California (Santa Ana Division). The complaint recites that the luxury goods manufacturer began selling its luggage in France in 1854 and in the United States in 1893. In 1896, Louis Vuitton created the LV monogram with three motifs (shown below) and registered it with the U.S. Patent and Trademark Office in 1932. Louis Vuitton has additional design/logo trademarks that are also registered with the USPTO. 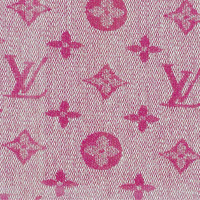 PRACTICE NOTE: I previously posted (Click Here) about the Louis Vuitton and “Chewie Vuiton” parody case, where the defendant’s parodical use of the LV Monogram was found to not infringe on Louis Vuitton’s trademarks or copyrights.