Santa Ana, CA – Asics’ trademark attorneys filed a lawsuit against Steve Madden, Ltd. at the Federal District Court (Santa Ana Division) alleging breach of their previous settlement agreement, trademark infringement, unfair competition under the Lanham Act (15 U.S.C. § 1125), and trademark dilution. For over forty years, Asics has used its stripe design trademarks on virtually all of its shoes. Asics owns numerous trademark registrations at the U.S. Patent & Trademark Office for the stripe designs, the first of which was registered in 1972 and is incontestable. 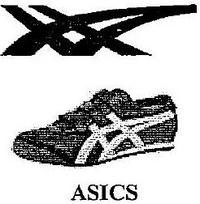 The parties are apparently not strangers and Steve Madden was previously sued for infringement by Asics – once directly and, on another occasion, through its design of shoes for Mossimo and Target. Both lawsuits were settled, which settlement agreements are confidential, but Asics is now alleging breach of those agreements. Asics further alleges that since the settlement agreements were executed, Steve Madden has sold new shoes that include a stripe design that is confusingly similar to and infringes Asics’ design trademarks. The case is titled Asics Corporation v. Steven Madden, Ltd., SACV08-0638 AHS (C.D. Cal. 2008).