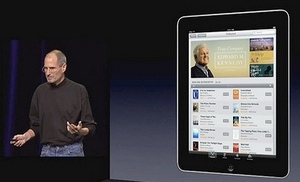 Only days away from Apple’s launch of its new iPad product, it has purchased the iPad trademark from Fujitsu. When Apple announced the product’s iPad mark, Fujitsu quickly laid claim to the trademark, which was filed in 2003, but has yet to register. In order to avert any interruption in iPad’s distribution, Apple apparently believed it should just purchase the trademark instead of engaging in a protracted trademark battle.