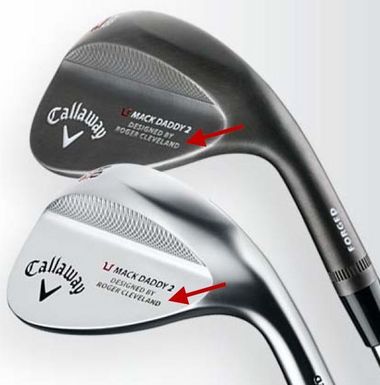 In another example of the problems caused by using your own name as a trademark (e.g., Van Halen trademark lawsuit and Joseph Aboud trademark injunction), Roger Cleveland Golf Company, Inc. and Dunlop Sports Co. Ltd. filed a trademark infringement, unfair competition, and trademark dilution case against Callaway Golf Company. In 1990, Mr. Roger Cleveland, the individual, sold all shares and ownership interest in his eponymous company but remained an employee until 1996, when he joined Callaway. Everything proceeded like a long, straight drive on the fairway until July 2013 when Callaway started using Mr. Cleveland’s name to promote its golf clubs. The picture to the right, taken from Callaway’s website, shows the placement of Mr. Cleveland’s name on the club-head. Even though the clubs may indeed be designed by Mr. Cleveland, the use of the “Roger Cleveland” name may create a false association with or an endorsement by Roger Cleveland Golf Company.

When your name or surname becomes synonymous with the trademarks of your previously created company, it’s treacherous to start a competing business and use your name on competing products. Sardi’s Restaurant Corp. v. Sardie, 755 F.2d 719, 725 (9th Cir. Cal. 1985) (“the use of one’s surname is not a ‘defense’ to a trademark infringement action”). Plaintiffs seek a preliminary and permanent injunction preventing Callaway’s use of Roger Cleveland’s name on the clubs, in addition to unspecified monetary damages, attorneys’ fees, and costs.