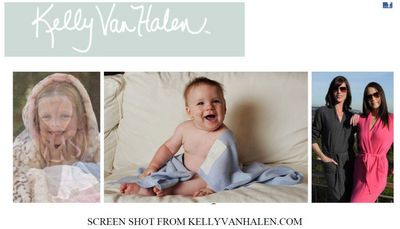 The lawsuit appears to be an extension of ELVH’s 2010 opposition proceeding filed with the Trademark Trial & Appeal Board to prevent Kelly Van Halen’s registration of her name as a trademark used on furniture and building construction and management. In the opposition ELVH argues that although it does not provide those exact goods or services, Kelly’s use of the famous last name is likely to confuse consumers into believing there is a license or sponsorship from the famous surname. The lawsuit, however, appears to have been filed when Kelly expanded the use of the last name on clothing, which fashion goods ELVH contends are directly within its prior use domain.

PRACTICE NOTE: It is not a very good idea, even if you’re related, to use your surname as a trademark when another family member used the surname before you, especially if the senior user has made the surname famous, as Larry Flynt’s nephews learned at trial. In fact, even if you’re not related but share a famous last name, e.g. McDonald, you should avoid using your last name as a trademark for a restaurant. Sardi’s Restaurant Corp. v. Sardie, 755 F.2d 719, 725 (9th Cir. Cal. 1985) (“the use of one’s surname is not a ‘defense’ to a trademark infringement action”). Also, if you create an eponymous fashion line that you sell, you will be prevented from later using your name to set up a new fashion company as Joseph Abboud learned.