Los Angeles, CA – In a complaint that is filled with as many twists and turns of a spy novel, CJ Environmental filed a trademark infringement lawsuit, at the Federal District Court in Los Angeles, over the use of the term “Cash 4 Gold” by a competing business. CJ alleges that it has operated as a precious metal recycling company since 2005 and has used the mark “Cash for Gold” on its website, which site was created by web designer Michael Scherenberg. Also, CJ alleges use of the “Cash for Gold” and “Cash 4 Gold” marks in various newspaper and media advertisements across the country. 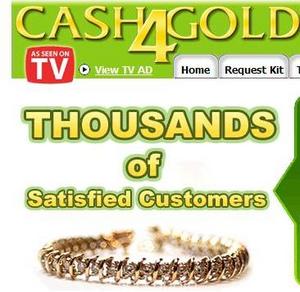 The complaint asserts that Defendant, long after CJ’s first use, created the www.cash4gold.com website using the same designer that CJ had used for its website, Mr. Scherenberg. “At the time Mr. Scherenberg created Defendant’s website, he still had access and control over Plaintiff’s website. On or about August 10, 2007, it is believed that Mr. Scherenberg was instructed by Defendant to remove the ‘Cash for Gold’ link and related image files from the Plaintiff’s website.” After months of back and forth letters among the parties’ lawyers, including take down notices to domain name registrants, this lawsuit was filed. The case is titled CJ Environmental, Inc. v. Cash4Gold, LLC, CV08-06689 R (C.D. Cal. 2008).