A trademark, antitrust and unfair completion lawsuit was filed in Las Vegas, Nevada on behalf of plaintiff Nights at Vegas, Inc., a Las Vegas based real-estate property-management company. The Defendants are the ubiquitous Donald Trump, the star of television reality show The Apprentice, and several companies that include …you guessed it… the name Trump in some way, shape, or form. The lawsuit seeks the Court’s declaration that Nights at Vegas can fairly use the Trump trademarks in its advertising when it attempts to rent out condominium space in the Trump Towers. 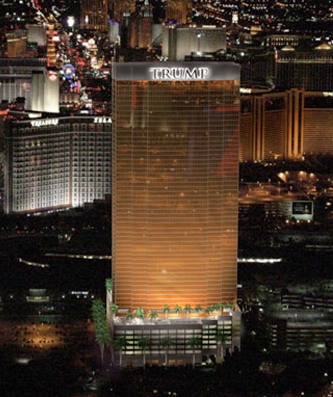 Also, Nights at Vegas accuses the Trump Defendants of antitrust violations for entering into exclusive deals with online travel sites to only use the Trump owned management-company, refusing to deal with the plaintiff, and intimidating real estate agents to suppress the fact that condo owners can deal with plaintiff. Plaintiff alleges that they only charge a twenty percent commission for the rented condos and Trump charges fifty percent.

Further, the complaint adds a cause of action for false promotion under 15 U.S.C. § 1125(a)(1)(b) based on the statements in Trump’s agreements that property owners will not be free to stay at their own property if they deal with other management companies (i.e., there will be “blackout periods”). There is also a state cause of action for unfair competition thrown in without much elaboration.

PRACTICE NOTE: In order to prevail on a fair use defense, a defendant must show: (a) the mark is not being used as a trademark; (b) the mark is being used to only describe defendant’s products, geographic origin or the products, or the mark is also the defendant’s name; (c) the use was made in good faith. See 15 U.S.C. § 1115(b)(4). The Ninth Circuit also recognizes a “nominative fair use” defense which requires a showing that “First, the product or service in question must be one not readily identifiable without use of the trademark; second, only so much of the mark or marks may be used as is reasonably necessary to identify the product or service; and third, the user must do nothing that would, in conjunction with the mark, suggest sponsorship or endorsement by the trademark holder.” New Kids on the Block v. News America Pub., Inc., 971 F.2d 302, 308 (9th Cir. 1992).