Los Angeles, CA – Trademark attorneys for Louis Vuitton filed a trademark infringement, Lanham Act § 43(a) unfair competition (15 U.S.C. § 1125), counterfeiting, and copyright infringement complaint at the Federal District Court for the Central District of California (Los Angeles Division) to protect its purse designs from being copied. The luxury goods manufacturer began selling its luggage in France in 1854 and in the United States in 1893. In 1896, Louis Vuitton created the LV monogram with three motifs (shown below) and registered it with the U.S. Patent and Trademark Office in 1932. Louis Vuitton has additional design/logo trademarks that are also registered with the USPTO. Further, Louis Vuitton owns certain copyright registrations in the U.S. Copyright Office covering its Multicolor Monogram design. 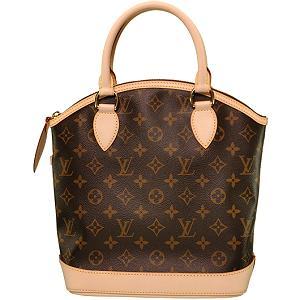 Defendants are alleged to have counterfeited and infringed on Louis Vuitton’s trademarks and copyrighted works by selling unauthorized goods, such as purses and handbags. Louis Vuitton alleges that “the activities of Defendants complained of herein constitute willful and intentional counterfeiting and infringement of the Louis Vuitton Trademarks and Copyrighted Work; are in total disregard of the Plaintiff’s rights and were commenced and have continued in spite of Defendants’ knowledge that the use of the Louis Vuitton Trademarks and Copyrighted Work, or copies or imitations thereof, was and is in direct contravention of Plaintiff’s rights.” The case is titled Louis Vuitton Malletier, S.A. v. Mido Trading, Inc., et al., CV 08-04405 DDP (C.D. Cal. 2008).

PRACTICE NOTE: The defendants’ website, midotrading.com, has been taken offline at the time of this post. That does not appear to be a good omen for defendants. I previously posted (Click Here) about the Louis Vuitton and “Chewie Vuiton” parody case, where the defendant’s parodical use of the LV Monogram was found to not infringe on Louis Vuitton’s trademarks or copyrights.