UPDATE 11/20/2008: The Court dismissed the patent infringement case with prejudice because the parties settled. Each party bears its own attorneys’ fees and costs. 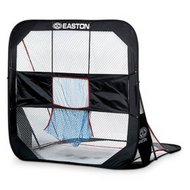 The complaint alleges that Easton Sport’s five foot pop-up multi net (pictured herein) and seven foot catch net infringe on the patents-at-issue. “PCC has been damaged by Easton’s infringement of each of the patents-in-suit in an amount to be determined at trial. Furthermore, by these acts, Easton has irreparably injured PCC and such injury will continue unless Easton is enjoined by this Court.” The case is titled Patent Category Corporation v. Easton Sports, Inc., CV 08-04617 DDP (C.D. Cal. 2008).