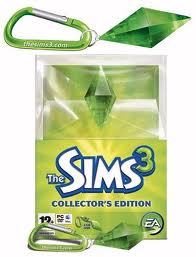 Santa Ana, CA – Electronic Arts’ 2009 release of its Sims 3 virtual reality game sequel was to be accompanied by a promotional PlumbBob USB flash drive, which design and prototype has resulted in a real world copyright lawsuit. Plaintiff Design Technologies (“DT”) alleges that Lithomania, a broker that specializes in promotional items called swag, was retained by EA to develop promotional materials for the Sims 3 release. Lithomania then engaged DT to turn the two dimensional PlumbBob – a green jewel that identifies the computer character being controlled – into a three-dimensional USB flash drive.

DT alleges that it spent hundreds of hours developing several designs and provided a prototype to EA. “What began as a project that would involve only a few thousand PlumbBob USB’s that would be given away for free to promote the new game morphed into a program under which EA would sell hundreds of thousands of the PlumbBob USB’s in the collector’s edition of the new Sims 3 game.” DT alleges that after its prototype had been approved, EA and Lithomania asked it to sign an assignment agreement, which it did not sign. Lithomania is accused of then passing DT’s prototype – with EA’s knowledge – to a third party to mass produce. DT seeks a declaration from the Court that it is a joint author of the copyrighted work and seeks an accounting from EA for its profits, alleged to be in the neighborhood of $6,000,000. The case is Direct Technologies, LLC v. Electronic Arts, Inc., SACV10-1336 MLG (C.D. Cal. 2010).