Los Angeles, CA – Trademark and copyright attorneys for Bagdasarian Productions, LLC filed a trademark infringement, copyright infringement, and Lanham Act § 43(a) unfair competition (15 U.S.C. § 1125) complaint at the Federal District Court in Los Angeles to stop sales of allegedly infringing music CDs. “Alvin and the Chipmunks” was originally a music group created by Plaintiff’s predecessor, Ross Bagdasarian, Sr., consisting of three singing animated chipmunks: Alvin, Simon and Theodore. In 1958, Ross authored and copyrighted the words and music to the original musical composition, “The Chipmunk Song,” aka “Christmas, Don’t Be Late.” Also, since 1961, the members of the music group were portrayed as animated characters, first in cartoons and later in CGI form. Plaintiff also owns several USPTO registered “ALVIN AND THE CHIPMUNKS” marks for use on entertainment services, products and a variety of merchandise. 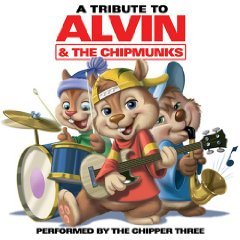 In 2007, a live-action/CGI comedy film entitled “Alvin and the Chipmunks” was released and generated over $350 million in theatrical motion picture box office revenues worldwide, and sold more than 12 million DVDs worldwide. The soundtrack form the film was released as a CD on November 20, 2007, and sold over 880,000 copies. Plaintiff alleges that after the success of the film and music CD, Defendant “St. Clair embarked upon a plan to fabricate a cheap knockoff of the Authorized CD containing 10 recordings, each of which is the exact composition found on the Authorized CD.” The complaint continues, “in order to further [Defendant’s] scheme to deceive the public into believing that its unlicensed album was authorized, endorsed by, associated or affiliated with plaintiff or its licensees, St. Clair entitled the album ‘A Tribute to Alvin and the Chipmunks,’ and . . . used artwork and CD packaging prominently featuring images closely approximating Alvin, Simon, and Theodore and using the Alvin and the Chipmunks trademark (and de-emphasizing the ‘Tribute’) in the same size, color, and typeface of the Authorized CD. The St. Clair CD cover is pictured herein. The case is titled Bagdasarian Productions, LLC v. St. Clair Entertainment Group, Inc., CV 08-07525 FMC (C.D. Cal. 2008).