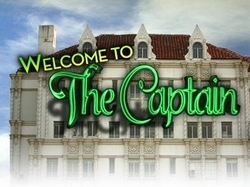 Los Angeles, CA – Brian Everett filed a copyright infringement lawsuit against Endeavor Talent Agency, LLC, alleging that his treatment “El Royale” was used to create CBS’s “Welcome to the Captain” television show. Everett claims that he developed the “El Royale” television concept in 2005 and early 2006. In addition, he claims to have written the script and shot key concept segments to assist in the sale of the program concept to third parties.

Everett alleges that in March of 2006 he sent the concept shots and script to a director’s agent at Endeavor, but heard nothing. He again claims to have sent the script to the same agent in 2007, and this time it made it to a television agent, but Endeavor declined to represent Everett because of its representation of other talent working on a similar concept. Everett alleges that “Endeavor provided Everett’s ‘El Royale’ concept to the creators of ‘Welcome to the Captain’ – and they thereafter used Everett’s script, visuals, story and character concepts in developing ‘Welcome to the Captain,’ with Endeavor’s knowledge and consent.” The case is Brian Everett v. Endeavor Talent Agency, LLC, CV10-4895 AHM (C.D. Cal. 2010).