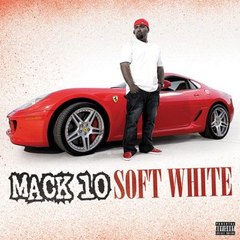 Los Angeles, CA – Rapper Mack 10, real name Dedrick Rolison, is being sued for copyright infringement for allegedly using Ervin “EP” Pope’s musical compositions. (Read the complaint here). Pope is a music producer who creates, mixes, and remixes audio recordings for various music recording artists and record companies. He alleges that in 2009, he produced and composed underlying musical compositions at the request of Mack 10 and record companies for a total of $60,000.00. The complaint contends that because there was no written agreement and Pope was not paid, he remained the copyright owner in the compositions, which he has registered with the U.S. Copyright Office.

Mack 10 is accused of using the underlying musical compositions in his songs “Big Balla” and “It’s Your Life,” which are on his latest “Soft White” album. “Plaintiff EP was credited on the Infringing Album with authoring the Infringing Songs, however, as stated, Plaintiff EP never signed an agreement authorizing any of the Defendants to sell or exploit the Infringing Songs embodying Plaintiff’s Musical Compositions for commercial gain.” The case is Ervin Pope v. Fontana Distribution, LLC, et al., CV10-4907 MRP (C.D. Cal. 2010).