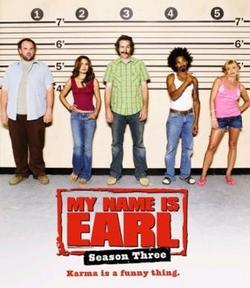 Los Angeles, CA – The District Court granted NBC’s motion for summary judgment of non-infringement in the “My Name Is Earl” copyright infringement lawsuit. (Order available here). Mark Gable filed a copyright infringement lawsuit (details blogged here) claiming that the “My Name Is Earl” television show was based on his copyrighted “Karma!” screenplay. (Details blogged here). Gable complained that he and his girlfriend sent his screenplay to The Gersh Agency in 1995, and that Ken Neisser, one of the Gersh agents who later represented Gergory Garcia, the subsequent creator of Earl, at another agency provided Garcia with a copy of Gable’s screenplay.

To show copyright infringement, Plaintiff had to show Defendants had access to the “Karma!” screenplay and that the works were substantially similar. The Court found that Plaintiff failed to show that Garcia had access to “Karma!”:

In sum, even generously assuming that Plaintiff’s submission of Karma! actually reached Gersh, the record is insufficient to allow a reasonable jury to infer that Garcia had access to Karma. Thus, summary judgment for Defendants is appropriate. Finally, even if the weak evidence of access were sufficient to create a triable issue of fact, Plaintiff would still have to present evidence allowing reasonable minds to conclude that Karma! and Earl are substantially similar.

To determine whether the two works were substantially similar, the Court applied the Ninth Circuit’s two-part test consisting of extrinsic and intrinsic components. In the extrinsic test, the Court considered whether the works share a similarity of ideas and expression as measured by external, objective criteria that includes “the articulable similarities between the plot, themes, dialogue, mood, setting, pace, characters, and sequence of events.” On summary judgment, the intrinsic test is inapplicable because it requires a lay person – the juror – to determine whether the “total concept and feel” of the two works is substantially similar – without the aid of expert testimony.

Although Plaintiff had hired David Nimmer – a copyright law expert – to provide an analysis of the objective criteria, the Court found that Nimmer’s report was not admissible under FRE 702 because he was not qualified to render an expert opinion on the issue of substantial similarity between two literary works, even though his expertise and education in copyright law is beyond reproach.

The Court then proceeded to analyze the two works and first found that although the two works share similar unprotectable themes, i.e. karma and redemption, the expression of those themes is markedly different. Beyond the general plot idea that both protagonists win the lottery, the Court found little in common. The Court also found that the sequence of events, excluding the karmic realization followed by the main character making amends for previous bad acts, were considerably different. Further, the Court found that the characters were dissimilar, other than the unprotectable general themes of karma and redemption. The setting for each work is different, Earl taking place in the suburban town of Camden and Karma! set in the slums of New York city. The mood and pace were also different because Earl is paced for half-hour long episodes, whereas Karma! is paced as a full-length feature film. The dialogue is also dissimilar in that Karma! is full of hard-core street vernacular that is unique to plaintiff’s work and has no counterpart in “Earl.” As a result, the Court granted NBC’s summary judgment of non-infringement finding that “even assuming arguendo that there is a triable issue regarding access, no reasonable jury could conclude that Karma! and Earl are substantially similar.” The case is Mark Gable v. National Broadcasting Company (“NBC”) and Gregory Thomas Garcia, CV08-04013 SVW (C.D. Cal. 2008).