Los Angeles, CA – Trademark and franchise law attorneys filed a lawsuit on behalf of the Dairy Queen® franchisor against a Culver City franchisee for allegedly breaching the franchising agreement and for trademark infringement. Dairy Queen’s trademarks have been registered with the USPTO and since the 1940’s have been franchised or licensed for use on ice cream, dairy products, and other consumables. In this case, Defendant Lee had executed two franchising agreements and licensed the rights to use Dairy Queen’s numerous trademarks. The franchising agreements require the franchisee to maintain the store at a specific standard, follow operating procedures, pay a monthly license fee, pay a lease administration fee, and pay a sales promotion program fee. 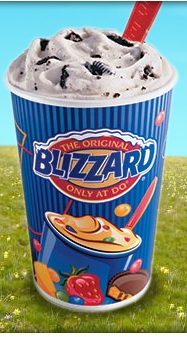 The complaint continues that the franchisee must also agree to allow Dairy Queen to audit the financial records to determine whether the proper amount of the licensing fee is being paid. If any of these franchising terms were not met and cured, it would constitute a default and the franchise rights would be terminated. After termination, the franchisee would agree to immediately cease the use and display of all of Dairy Queen’s trademarks. The terminated franchisee would also need to pay a termination fee to compensate Dairy Queen for the early termination of the franchising agreement. The complaint alleges that defendant Lee failed to comply with the upkeep standards set by Dairy Queen for its franchisee’s location and was given 60 days to correct the deficiencies, which went uncorrected. The complaint also alleges that, after an audit, it was determined that Lee underpaid Dairy Queen by $16,911.84, which Lee failed to pay after receiving notice. The complaint alleges the following causes of action: (1) Trademark infringement of USPTO registered trademarks; (2) False designation of origin under the Lanham Act 43(a) (15 U.S.C. 1125(a)); (3) Federal trademark dilution of famous trademarks under the Lanham Act 43(c) (15 U.S.C. 1125(c)); (4) Trademark counterfeiting; and (5) Breach of contract. The case is titled American Dairy Queen Corporation and DQF, Inc., v. Myung Taek Lee, CV08-01505 AHM (C.D. California).