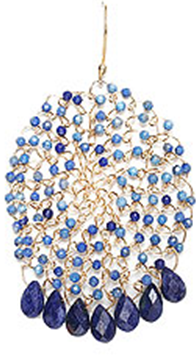 Ooten alleges that Soixante Neuf’s “Oval Woven Beaded Earrings” infringe both its design patent and copyright. To prove design patent infringement, Ooten must meet both the ordinary observer test and points of novelty test. The design as a whole is examined in the ordinary observer test and the individual elements of the design are examined in the points of novelty test. To prove copyright infringement, unlike design patent infringement, Ooten must show that Soixante Neuf had access to Ooten’s design and copied it. Also, unlike utility patents, a successful design patent plaintiff can recover the infringer’s profits, plaintiff’s lost profits, or a combination of lost profits and reasonable royalty.