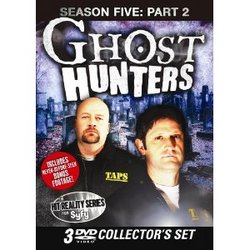 The Ninth Circuit reversed the district court’s ruling and found that Montz’s idea submission/breach of implied-in-fact contract claim was not preempted by the Copyright Act. Montz v. Pilgrim Films & Television, Inc., __ F.3d __ (9th Cir. 2011) (en banc). In 1981, Larry Montz, a parapsychologist, came up with an idea for a TV show that would follow paranormal investigators to different locations to investigate paranormal activity. From 1996 to 2003, Montz pitched the idea to TV studios and producers, including NBC and the Sci-Fi channel. NBC and Sci-Fi had several meetings with Montz, wherein screenplays, videos, and other materials were presented. NBC and Sci-Fi indicated that they were not interested. But several years later, Sci-Fi debuted “Ghost Hunters” that was eerily similar to Montz’s idea.

In November 2006, Montz filed a complaint alleging copyright infringement, breach of implied contract, breach of confidence, and several other causes of action. The district court granted defendants’ motion to dismiss the complaint because it did not allege facts sufficient to state a copyright claim and determined the state-law claims were preempted. The parties dismissed the copyright claim and appealed the dismissal of the state-law claims, which ruling the three-judge panel affirmed. Montz v. Pilgrim Films & Television, Inc., 606 F.3d 1153 (9th Cir. 2010) (non-citable). The 9th Circuit, sua sponte, ordered an en banc rehearing of the case.

An idea for a TV show cannot be copyrighted; however, the concept can still be stolen if there’s a violation of
the implied-in-fact contract to pay the submitter for using it. Desny v. Wilder, 46 Cal.2d 715, 299 P.2d 257 (1956) (California Supreme Court held that, given the entertainment industry norms, plaintiff had alleged an implied-in-fact contract to pay for use of his pitched idea for a movie inspired by the “life story of Floyd Collins who was trapped [in a cave] and made sensational news for two weeks.”)

The Desny innovation serves to give some protection for those who wish to find an outlet for creative concepts and ideas but with the understanding that they are not being given away for free. Without such legal protection, potentially valuable creative sources would be left with very little protection in a dog-eat-dog business. See Woody Allen, CRIMES AND MISDEMEANORS (Orion Pictures 1989) (“Show business is worse than dog-eat-dog.
It’s dog-doesn’t-return-other-dog’s-phone-calls.”).

The majority opinion disagreed with the dissent’s distinction between those who seek payment for the idea submission as opposed to those who seek a “piece of the action and contractual agreement on the terms of the defendant’s use.” Further, the Court found that the breach of confidence claim also survived copyright preemption because “the duty of trust or confidential relationship between the parties, [is] an extra element that makes it qualitatively different from a copyright claim.”

Although I predicted Montz’s win a couple of days ago (see here), I’m still not clairvoyant and will not be appearing on any “Ghost Hunters” episodes.