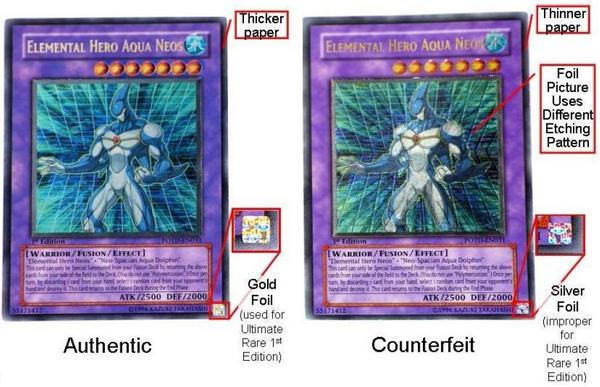 Konami then provided Upper Deck with access to the seized cards and subpoenaed records from Upper Deck to determine the scope of the alleged counterfeiting and infringement. One day before responses were due, Upper Deck refused to comply with the subpoena raising an objection of improper service on its California office.

On December 10, 2008, Upper Deck filed suit in the District of Nevada alleging Konami breached its agreements and committed fraud. The complaint also contained causes of action for slander and civil conspiracy arising from Konami’s communications to third parties that Upper Deck provided counterfeit cards to Vintage. In response, on the very next day, Konami terminated its distribution agreement with Upper Deck. Upper Deck then raised the stakes by filing suit in Amsterdam on December 16, “seeking an interim order requiring specific performance of the European version of the parties’ distribution agreement.” Konami then alleged that Upper Deck misrepresented the holdings of the Dutch proceedings in that “the five-page interim order did not decide any issue in this action,” despite Upper Deck’s assertion to the Central District of California.

And now, as the cherry bomb on top of the “mutual assured destruction” sundae, Upper Deck has filed its counterclaims in the Central District of California (copy available here), wherein it asserts eleven causes of action including breach of contract, breach of implied covenant of good faith and fair dealing, fraud, slander per se, and civil conspiracy. Updates to the fireworks are sure to follow. The case is Konami Digital Entertainment, Inc. v. Vintage Sports Cards, Inc. et al., CV08-06630 VBF (C.D. Cal. 2008).