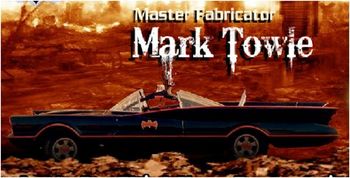 Los Angeles, CA – DC Comics is the owner of the Batman franchise and has numerous copyright registrations for works ranging from comic books, action figures, toy Batmobiles, to movies and TV shows. It also owns numerous USPTO registered trademarks including the word marks Batmobile, Gotham City, and Batman; in addition to numerous design marks, including the Bat Emblem. Since Batman’s first introduction in a 1939 issue of “Detective Comics”, he was instantly popular and has become of one of DC Comics’ “most successful and world-famous comic book super heroes.”

Indeed, the Batman movie franchise has resulted in “domestic gross box office receipts in over a billion dollars, not to mention additional revenues from syndication rights and home video distribution.” Further, the “Batman motion pictures have proven to be among the most successful licensing and merchandising ventures of all time, with gross retail sales of associated licensed merchandise exceeding $1,000,000,000.” That sure is a large number of zeros, Batman!

With that much cash, Brue Wayne obviously needs to have the most advanced Batmobiles to cruise in. There have been several design iterations of the Batmobile vehicles over the years and DC Comics contends that they are all distinctive and original designs that are copyrightable subject matter. DC Comics also contends that all the designs and trademarks are either inherently distinctive or have acquired secondary meaning in the minds of consumers throughout the U.S. and the world. DC Comics’ copyrights and trademarks are the subject of numerous licensing agreements for use on Batman merchandise.

Defendant Mark Towle is accused of intentionally copying the various Batmobile designs and selling unauthorized, full-scale replica cars or making car-kits that include DC Comics’ intellectual property. Towle sells the cars and kits on his www.gothamgarage.net website, which domain name isn’t probably the best choice for selling the subject products. The above picture is of the accused infringing 1966 Batmobile taken from Defendant’s website. It also appears that Towle was previously sued for breaching a contract to deliver a 1966 Batmobile after being paid $85,000.